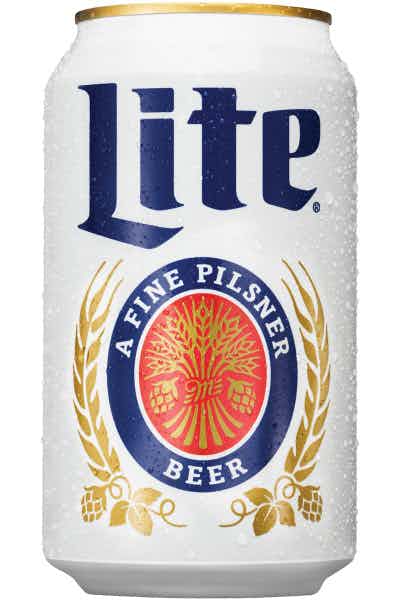 Miller Lite Beer is the original light lager beer. With a smooth, light and refreshing taste, this American-style pilsner beer has 4.2% ABV. Brewed for more taste, this light beer has a light to medium body with a hop-forward flavor, solid malt character, and a clean finish. This case of beer cans makes bringing along tasty drinks easy. Miller Lite is brewed with pure water for great taste; barley malt for flavor and golden color; and Galena and Saaz hops for aroma, flavor, and bitterness. These elements all lend to a consistently great malt beer experience. This light American beer has 96 calories and 3.2 grams of carbs per 12-ounce serving. It is a perfect low-calorie beer to accompany tailgating, barbeques, hanging out with friends and any occasion that would be better with Miller Lite. Miller beer goes well with countless food items such as burgers, grilled shrimp skewers, and whitefish. It’s Miller Time. Hop forward flavor and solid malt character with a soft bitterness.

The Miller beer universe is a little confusing; you have your Miller High Life, your Miller Lite, the Miller Genuine Draft (or MGD), and the Miller High Life Lite. There is no simple Miller beer, leaving many to wonder how exactly Miller Lite earned its name. Technically, Miller Lite is a light version of Miller High Life. Miller High Life (the “Champagne of Beers”) was launched in 1903, and Miller Lite — the next iteration of the brand — didn’t follow until 1975 when it pretty much defined the light beer movement that continues to dominate the American market.
Miller Lite is a pilsner-style American light lager. These types of beers are characterized by their light, malted taste, crisp finish, and of course, low alcohol content. A 12-ounce serving of Miller Lite has an ABV of 4.2%, which is on par with other big-name light beers like Bud Light and Coors Light (though it should be noted that Miller Lite has just 97 calories, whereas Bud Light and Coors Light both top 100). Don’t be fooled — just because Miller Lite has a lower alcohol content, there’s still plenty of flavor packed into these iconic cans.
It depends on how you define “low-alcohol” — at 4.2% ABV, Miller Lite is definitely less alcoholic than many of the popular craft brews that currently dominate the American beer industry (re: the boozy double and triple IPAs in your local beer cooler). Granted, Miller Lite’s alcohol content is pretty much on par with other American-style light lagers, a category of beers that generally lands between 3.5% and 4.4% ABV. While it’s not the lowest ABV beer available in today’s market, Miller Lite is a great brew for your next afternoon get-together.
Miller Lite is a good gift because this brand pretty much defined the light beer market. Released in 1975, Miller Lite consistently makes the top ten list for U.S. beer sales. Miller Lite stands apart from the competition because of its surprisingly hoppy taste and overall better flavor than most other lighter-style beers. Because of its low ABV and calorie count, you should definitely consider Miller Lite for your next daytime gathering — plus, an 18-pack of these golden brews will likely cost you less than $20 (and when you order through Drizly, you can have it delivered!).
Enter a delivery address