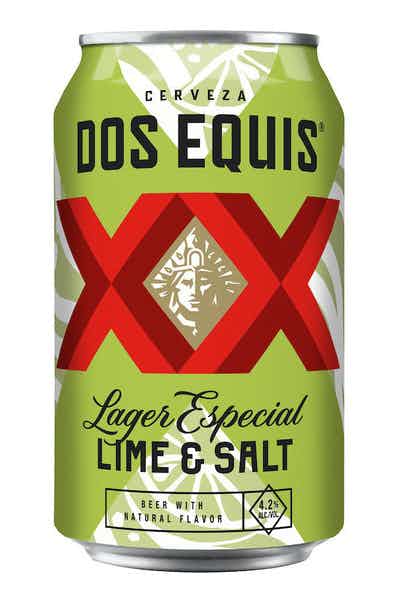 Dos Equis® Lager has long been consumed with lime and salt. That’s why we’re bringing the ritual of adding lime and salt into a can so you don’t have to.

Lagers are a pretty common entry point for new beer drinkers because they tend to be lighter, crisper, and less overwhelming on the palate than something like a stout or IPA. To get more technical, lagers are made with bottom-fermenting yeast at a lower temperature, and are usually contain less alcohol than some of the heavy hitters. There are plenty of exceptions, but lagers tend to have a pale yellow color and taste light and malty, even when they're heavily hopped.
A lager is a beer that is brewed at cool temperatures by slow fermentation with a slow-acting yeast. Lagers tend to have a lighter, clearer appearance than ales, and the alcohol content is typically lower than in ales while the sugar content is remaining in the beer is slightly higher. The yeast used to ferment lager is often referred to as "bottom-fermenting" since it does not rise to the top of the brewing vessel during fermentation as ale yeast does. Fun fact, you can verb the word - "lagering" means to store and age beer at cold temperatures during a second fermentation to improve flavor and clarity.
Across the entire style, lagers can range from about 3% - 9% ABV, but the majority of popular ones cruise down the middle, or about 4% - 5% ABV.
Enter a delivery address