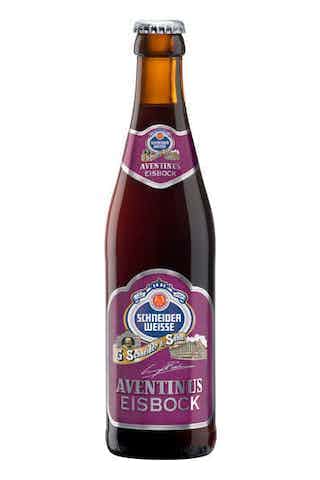 Aventinus, the Wheat Doppelbock of Bavaria, has always been known to be the most intense and complex wheat beer in the world. This was the case for the past sixty years, but not anymore... Up until the 1940’s, Aventinus was shipped all over Bavaria in containers lacking temperature control. Consequently, the precious drink partially froze during transportation. Unaware that the brew was concentrated by the separation of water from the liquid. People were baffled by this unique version of Aventinus. By chance, the first Aventinus Eisbock was created. Well aware of this story, Hans Peter Drexler, brewmaster of the Schneider brewery, decided to recreate this classic "mistake" in a modern controlled facility. Thus, the Aventinus Eisbock is reborn sixty years later ... Prost!