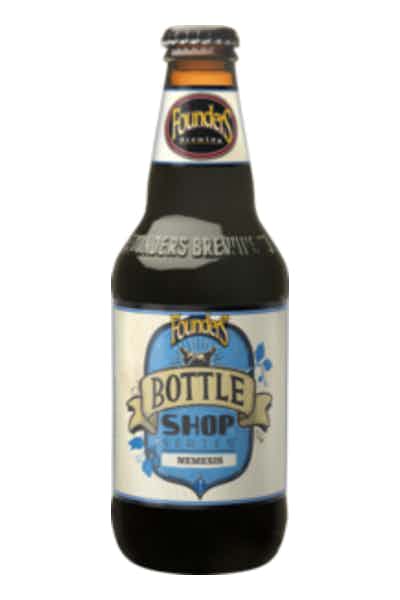 The barleywine-style ale is brewed with roasted malts and no shortage of hops for a pleasantly bitter, booming flavor. With an ABV of 11.2%, Nemesis pours with a slight and subtle mahogany hue and a multitude of flavors that melt on your tongue – this is one Nemesis you’ll feel good about keeping around.

While not describing one specific style of beer, strong ales are instead used to describe a wide category of high ABV brews from England, Belgian, Scotland and the United States. Strong ale is a bit of an all catch-all term, but there are some characteristics that you could associate with the majority of these brews: mild carbonation, intense fruit flavor and a complex, warming finish best paired with chilly winter evenings. You can find strong ales year-round, but certain varieties are more seasonal; it’s also likely you’ll discover a bunch of strong ales under a different name such as English strong ale, Scotch ale, American strong ale, winter ale, Christmas ale or Belgian quad.
Strong ales range dramatically in ABV, color and style, but there are some shared tasting characteristics you can expect; brewers commonly employ cellaring techniques or barrel-aging as well, which lends to the beer’s deeper flavors. The main notes come from the prominent malt and the ale yeasts, which create caramel and fruit flavors, respectively. American strong ales often feature a slightly escalated hop presence, which contributes a mild bitterness and slightly brighter quality than some of the sweeter European strong ales — whatever strong ale you choose, it’s best to serve these in a snifter or a goblet, vessels that not only make you look cooler but also preserve the beer’s aroma.
It’s tough to nail down an exact range for a strong ale’s ABV; some beer aficionados argue it can go as low as 5% and as high as 20% alcohol content — Samuel Adams released an American strong ale line called Utopias that reaches 28% ABV (because why not?). It’s safe to place most strong ales between 7% and 15%; these figures may seem daunting, but the actual alcohol taste is actually pretty mellow and creates more of a warming effect when you swallow. Still, you’ll want to take your time with these doozies, much like you would a fine glass of wine or digestif.
As a general rule, strong foods pair well with strong beers and strong ales tend to follow this lead; as such, consider heavy, roasted proteins and stinky, rich cheeses alongside your strong ale (i.e., beef tenderloin, a meaty lasagna, roasted pheasant or a hearty bowl of stew). If you’ve got a sweet tooth, strong ales can stand up to rich desserts including oven-baked cinnamon apples, caramel sauces or buttery shortbread cookies. Strong ales can vary significantly depending on their region, and American strong ales often have a slightly higher hop finish, which could complement some spicy foods as well.
Strong ales possess a distinct fruit-forward flavor, low carbonation, bold aroma and increased alcohol content; these characteristics are more akin to a glass of wine or dark liquor. Brewers even tend to employ cellaring and barrel-aging techniques for strong ales, so it’s not surprising that these brews should share a similar vessel as other aged spirits. To best enjoy a strong ale, serve your beer in a snifter glass; the wide base and narrow rim allow you to swirl the beer and release the aroma while you drink, much like a cognac (it should be noted that for Belgian strong ale, a glass goblet is also an appropriate choice).
Unsurprisingly, these high ABV strong ales pack quite a punch when it comes to calories; frankly, any beer described with the distinct dessert-like flavors of caramel, molasses and roasted nuts is likely going to tip the scales. A standard English strong ale with an 8% ABV is going to feature about 250 calories per bottle and 12 grams of carbohydrates; many American strong ales are pushing these nutritional limits, with some topping 300+ calories and over 20 grams of carbohydrates per serving. This is a beer category that includes decadent, slow-drinking beers designed for holiday parties and thick winter coats.
Enter a delivery address