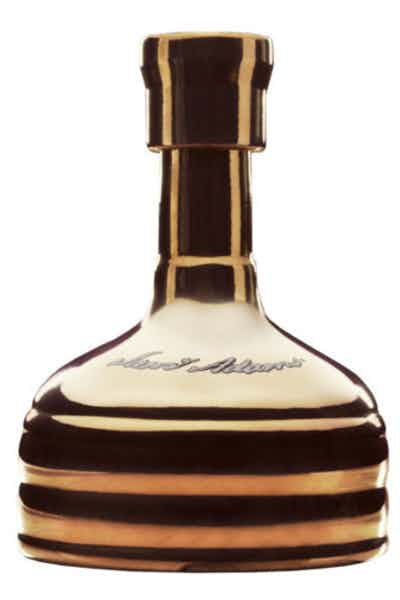 At 28% ABV, Samuel Adams Utopias is reminiscent of a rich vintage Port, old Cognac, or fine Sherry with notes of dark fruit, subtle sweetness, and a deep rich malty smoothness. The 2019 vintage is a blend of batches, some aged up to 26 years in a variety of barrels. Unique to this year's release, was the use of Cognac and Madeira finishing barrels. This additional step enhances the 2019 Utopias with distinct vanilla and maple notes and adds subtle nutty and elegant dark fruit aromas.

American strong ale is American, strong and — wait for it — an ale. There’s plenty of America in this eponymous brew, too, from the malty hoppiness to the citrusy flavors present in its profile. And though American strong ales appear brown, hold them up to the sunlight and you’ll see a glorious red color shining through. Alcohol content ranges from 7% to 25% ABV, making this drink live up to its name. There are other surprises lying in wait when you pick up a glass of American strong ale: Its medium-full body contains notes of cherries, pine and plenty of other notes that contribute to the beer’s popularity worldwide.
Unfortunately for those who are gluten-intolerant, American Strong Ale is not gluten-free. That’s because it’s made with traditional ale ingredients: barley, hops, yeast and water. Barley is a grain that’s positively chock full of gluten, which is where the glutenous part of the story comes into play. But the good news is that brewers are innovating all the time and finding ways to put out delicious gluten-free offerings for a huge number of different beers.
American strong ale is indeed an ale. Most strong ales are above 5% alcohol by volume (ABV), and they’re brewed throughout Great Britain, Belgium and, of course, the United States. American strong ale is fermented such that its alcohol content ranges from 7% to 25%, a fairly staggering feat for a beer of any ilk. Ales are typically fermented at warm temperatures between 60°F and 70°F with the use of top-fermenting yeast, while lagers undergo cold fermentation (35°F to 50°F) using bottom-fermenting yeast.
American strong ale packs 150 calories and 31 grams of carbohydrates. Compare that to your average 12 oz. glass of beer, which contains 150 calories and 13 grams of carbs. American strong ale is therefore hitting the mark on calorie count but giving you an extra serving of bready goodness. It earns its carb count, though. It’s got notes of caramel and toffee to sweeten its overall toasty hoppiness. And because it’s got 7% or higher ABV, you really don’t need a lot of it before you feel satisfied.
The flavor of American strong ale tends toward malty hoppiness, but there’s plenty else floating around its red depths. You’ll probably notice some fruity, sharp flavors like citrus, pine and cherries. Its medium body is packed with notes of toffee, dark fruit and caramel. Optional flavors include breadiness, medium toastiness and others — but one thing you can always count on is that hop bitterness to wake you up. There can be a "boozy" flavor due to its high alcohol content as well.
If your name is American strong ale, you must be strong — and this brew does not disappoint. This beer is a hard hitter with an alcohol by volume (ABV) that ranges between 7% and a staggering 25%. Its flavor is highly influenced by this alcohol content but leaves room for other flavors to factor into the story. The beer is centered around maltiness and a bitter hoppiness and may include other notes like pine, citrus, cherries, dark fruit, toffee, caramel and breadiness.
Enter a delivery address