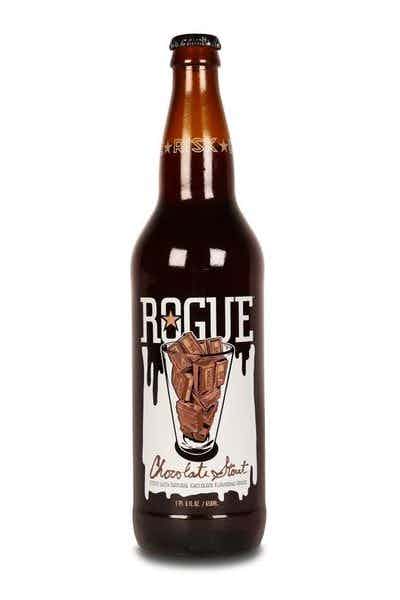 Our twist on a classic chocolate stout is brewed with imported Dutch chocolate for a colossal chocolate flavor. The addition of a nitro charge blends the flavors up creating a smooth creamy chocolate experience that you’ll never want to end. Chocolate Stout is one of our most awarded beers earning nearly 50 awards, including two Silver medals at the Great American Beer Festival. It is also one of our most highly rated beers with a 99/100 RateBeer.com score and a 4.49/5 Beer Advocate.com score.

Stout is a rich, dark type of ale that comes in a wide range of variations worldwide. These include dry stout, oatmeal stout, imperial stout and milk stout. Stout is made with top-fermenting yeast in warmer temperatures than, say, a lager, and the result is a beer with a totally different flavor and mouthfeel. The word stout is first recorded being used for beer in a 1677 manuscript in Europe — the word referred to its alcoholic strength. Stouts tend to use unmalted roasted barley, which imparts the famous coffee flavor that so many stouts offer.
Stout carries a number of flavors: You’ll often find hoppy, bitter flavors, as well as highly roasted coffee tones. Its dark color hints at other notes like chocolate and espresso. American stouts tend to highlight hops more than European or English ones, with strong malt flavors fairly universal across American stouts. Stouts are almost always made with unmalted roasted barley. This is what contributes to its distinct color and coffee flavors.
Stouts usually sit in the 4% to 5% alcohol by volume (ABV) range. That’s pretty much right on the mark as far as ABV goes for your average beer. Within the sumptuous pleasures of stouts lie a multitude of flavors. You’re almost certain to notice notes of coffee, toffee, chocolate and roasted malts. Those same roasted malts are what create the distinct dark color of stouts. Alcohol plays a key role in the flavor profile of stouts, though it is less prominent than in higher-ABV beers like American strong ales.
Stouts are traditionally not gluten-free. Most countries define a gluten-free beverage as one containing less than 20 parts per million (ppm) of gluten — stouts, alas, contain 360 ppm or more. But do not despair because innovations have provided us with many gluten-free options to enjoy. There are some gluten-free stouts available, however, combining dark, delicious coffee flavors with bases of millet, corn and other gluten-free ingredients.
Stout is a dark ale that’s made using top-fermenting yeast. Variations of this ale include famed dark beers like oatmeal stout, imperial stout, milk stout and dry stout. Still, all include that characteristic dark goodness, full of coffee and chocolate and other delicious flavors. Ales like stout are differentiated from lagers in the way they’re made. Stouts are brewed using top- fermenting yeast at warm temperatures, typically between 60°F and 70°F. Lagers, on the other hand, use bottom-fermenting yeast that do their work at cold temps between 35°F and 50°F.
Your average stout will carry about 192 calories and 20 grams of total carbs. Let’s come right out and say it, folks — that ain’t light. An average 12 oz. glass of beer has 150 calories and 13 grams of carbs. However, what’s amazing is how much flavor and richness a stout can pack in with just that additional calorie/carb count. Stouts are dark, full and rich beers that often carry flavors like coffee, chocolate and bitter hoppiness. They include variations like dry stout, oatmeal stout and imperial stout.
Enter a delivery address