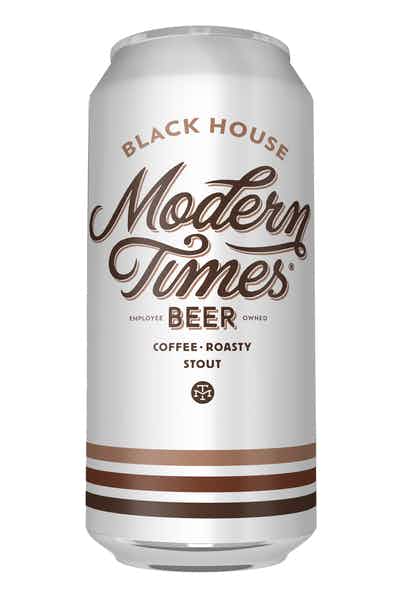 Black House is an oatmeal coffee stout bursting with coffee aroma and flavor.

Oatmeal stout is what its name implies: a decadent stout complimented by the addition of oatmeal. Adding oatmeal gives the stout a rich, smooth body, while its dark brown or black color hints at the flavors that await within: a mix of chocolate, caramel and roasted malt character. Oatmeal stout should be smooth without being too bitter, and the coffee-like malt and roasted barley aromas make it a sensory experience before it ever touches your lips. It generally has low to medium levels of alcohol, with a 5.0% ABV fairly common.
Expect oatmeal stout to taste like it looks: dark, rich and sumptuous. The addition of oatmeal to the stout creates a smooth, oily body, while the roasted barley imparts the flavor of coffee. Malt aromas are highly prominent, as are caramel and chocolate. Its dark brown or black color comes from the roasted barley. Because it has a low to medium level of alcohol — expect your average oatmeal stout to pack around 5% alcohol by volume — it is fairly agreeable to beer amateurs and connoisseurs alike.
Oatmeal stout rocks an average alcohol by volume (ABV) rating of 5.0%. This puts it in the low to medium category as far as beers are concerned and makes for a highly drinkable beer. Consider that the average beer also has an ABV of 5.0% and you’ll see that oatmeal stout is hitting right on the mark — especially since many of the darker beers you know and love rest more in the 6% to 8% range. Oatmeal stout provides a dark, rich drinking experience, with notes of coffee, caramel, chocolate and roasted malt prevalent in its profile.
If you’re gluten-intolerant, don’t let the mention of oatmeal get you too excited — oatmeal stout is not gluten-free, sadly. That’s because this drink starts with an American or UK pale malt, which usually makes up between 60% and 80% of the total grain bill. The next 5% to 30% is made of oats. However, there’s good news: Certain breweries like Neff Brewing are creating gluten-free oatmeal stout options, and more are certain to come.
Oatmeal stout, like other stouts, is an ale. That means it is made in a top-fermented manner in temperatures between 60°F and 70°F (this differentiates it from lagers, which are made in colder temperatures between 35°F and 50°F using bottom-fermenting yeast). Adding above 30% oats can lead to an astringent or bitter taste, which although it was popular in medieval Europe, is less so today. Oatmeal stout today contains up to 30% oats that are added during the brewing process. Ales are made using roasted malts, which gives oatmeal stout its dark color, similar to other stouts.
Oatmeal stout contains 180 calories and 16 grams of carbohydrates per 12 oz. serving. Compare that with your average beer, which contains 150 calories and 13 grams of carbs per 12 oz. serving. Oatmeal stout doesn’t hit too far above the mark — especially considering the dark, rich, almost oily body and the wide array of flavors in its profile. You can expect notes of coffee, caramel, roasted malt (which also gives the stout its dark color) and chocolate.
Enter a delivery address