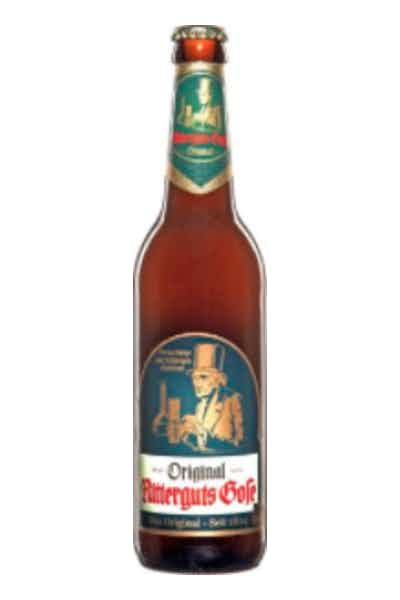 Ritterguts Gose is a top-fermented, sourish and slightly salty-tasting ale that was first brewed in 1824. It is the beer specialty of Leipzig and the oldest still existing Gose brand in the world. Gose is an own, ancient style of beer that does not correspond to the German purity law. Even today, it is still brewed with an admixture of coriander and salt in the traditional way with the special historic Gose yeast in open fermentation. Its particular character our Gose gets thereby and by the additional lactate fermentation. Brewed by Hartmannsdorf until 2014 (until 2007 @3.9%, then 4.2%), brewed by Reichenbrand in Chemnitz from 2015. World Beer Awards London: World’s Best Gose 2013, Europe’s Best Gose 2014, World Beer Idol 2016: Gose Gold, World Beer Cup 2016: Bronze Medal