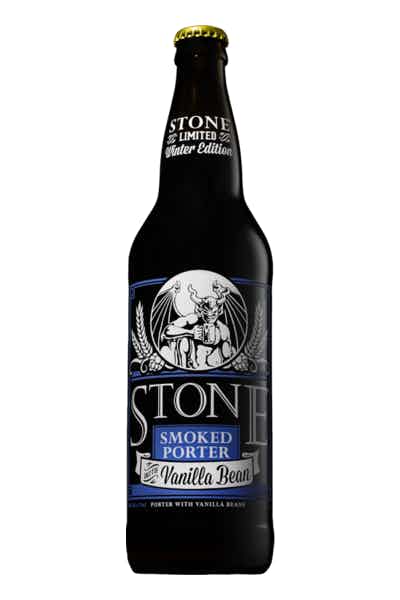 In 2006, almost exactly 10 years after we first released Stone Smoked Porter, Stone Small Batch Brewer Laura Ulrich had a brilliant idea: What if she added whole Madagascar vanilla beans to a small batch of the finished beer? And voilá, Stone Smoked Porter with Vanilla Bean was born! It was an instant hit, as the resulting flavor combinations—rich vanilla melding with the malty, chocolatey, coffee-like characteristics of the beer—were practically made for each other. Originally available only as an occasional growler fill or on tap all-too-briefly at special events or in our restaurant, this exquisite creation was released in a single bottle run for the first time in 2012, much to the delight of its many fans…who instantly began clamoring for more. Your voices have been heard.