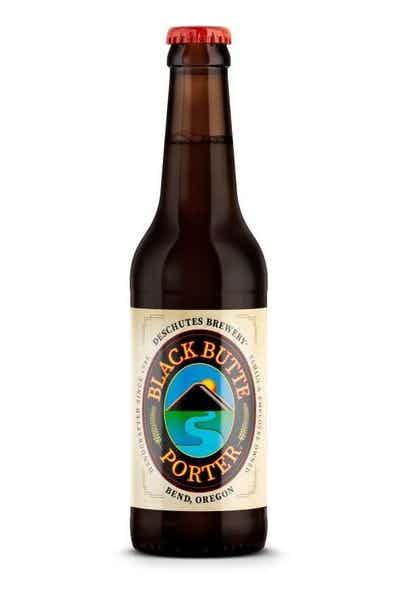 A porter describes a dark, medium-bodied style of beer developed in the 18th century during the United Kingdom’s Industrial Revolution; the name is a nod to the transportation workers of the time, called porters, among whom the style was incredibly popular. The word “porter” is often used interchangeably with a similar style of beer, the “stout,” but the two (while related) are considered different, relying on their own distinct types of grains. Overall, porters are pretty well-represented on today’s craft brewery taps, with several variations that fall within the shared category: American Porter, American Imperial Porter, English Brown Porter, Robust Porter, Smoke Porter and Baltic Porter.
Porters are a heavier style of beer that can handle complex, sweeter ingredients, so brewers really lean on their flavor imagination; reading the tasting notes on the bottle is akin to an ice cream shop menu. Some of the better-known flavors (besides the obvious dark malts) found in porters include chocolate, vanilla, coffee and oatmeal, though you’ll often find coconut, maple, honey and different fruits on the list as well. To best appreciate your porter, keep your beer at “basement temperature” — meaning somewhere cool but notably not the refrigerator; the flavors and aromas are brighter when served around 50 degrees Fahrenheit.
A porter’s rich color may suggest a heavy alcohol content — as many darker beers lead to subsequently higher ABVs — yet the classic English porter’s alcohol content is typically 5%, not unlike a craft pale ale. The porter gets its chocolaty color from the darker-style malts used in the brewing process and the overall body is surprisingly light, especially when compared to stouts, Belgian-style ales and other malt-forward styles. While English brown porters tend to fare on the lighter side, American craft porters are closer to an IPA’s alcohol content (6.5%) and the Baltic Porter is even higher, generally topping 8% ABV.
Porters rely on dark, malted barley grains for their coffee-like color and malt-heavy taste, but interestingly, they don’t always contain wheat in their grain mash. Generally, porters still contain gluten ingredients (like oats), but your average porter typically has fewer gluten molecules than other dark, European-style beers. If you’re looking for a gluten-safe or gluten-reduced porter, lean towards products from dedicated gluten-free brewers, a small yet mighty offshoot of the craft brewing industry; gluten-free porters tend to rely on dark rice malt and other roasted, natural ingredients instead, which mimic the standard brew's dark hues and toasted, sweet and malty flavor.
In general, the original London-style porter and other beers that fall within the category are classified as ales, a distinction characterized by the ale-specific yeast strains that ferment at the top of the brew, a notably different behavior than their lager brethren. While most porters rely on these top-fermenting yeasts, the Baltic Porter, a super-rich and creamy Russian spinoff, is actually brewed with lager yeasts that gather and ferment at the bottom of the brew in much cooler temperatures; the final product is also lagered — or aged. So if you’re wondering whether a porter is an ale or a lager, the answer could truly be either.
Most people assume that dark beers, like porters, contain higher calorie counts than lighter brews, but it’s not always the case; in fact, porters deliver a lot of indulgent flavor without overburdening your daily caloric intake. The fact of the matter is that as the alcohol content increases, so then do the calories, so the average range for a porter varies depending on the style you prefer. A standard 12-ounce serving of an English Brown Porter will likely contact 170-200 calories and 18 grams of carbohydrates, surprisingly reasonable considering the dessert-like flavors that most brewers use in their porter recipes.
Enter a delivery address