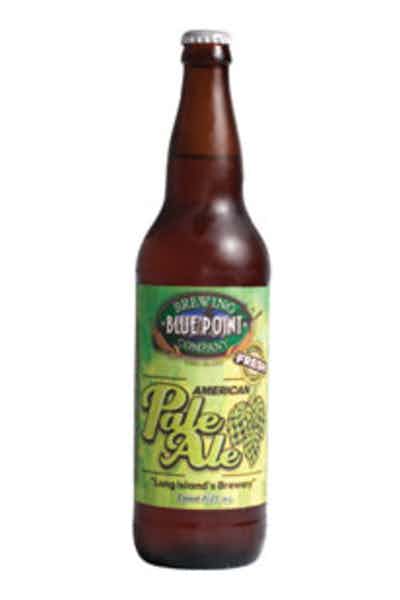 I poured the 22oz bottle in a pint glass. American Pale Ale is an pours an amber color with a foamy head that lasted for several seconds. It had a great amount of lace on the glass. It also had a decent amount of carbonation . The aroma that I got from American Pale Ale was of floral and grassy hops. The first taste I got was of earthy malts then at end I got a bitter taste. I had American Pale Ale after a night of having very hoppier beers, Sierra Nevada Hoptimum and Dogfish Head 90 Minute IPA. I thought it was a good beer to have at the end of the night of having some good beers. I thought American Pale Ale was a very drinkable beer. At $3.95 I also thought it was also a very good value. I think someone who is a American Pale fan should try this beer. I would get this beer again. I liked Blue Point Brewing Company I like the beers that I have tasted from them. My only complaint that I have with Blue Point is that living in Massachusetts you only see one or two of there beers at most liquor and or beers stores.I find when I go to other New England States, CT and VT I find more Blue Point.