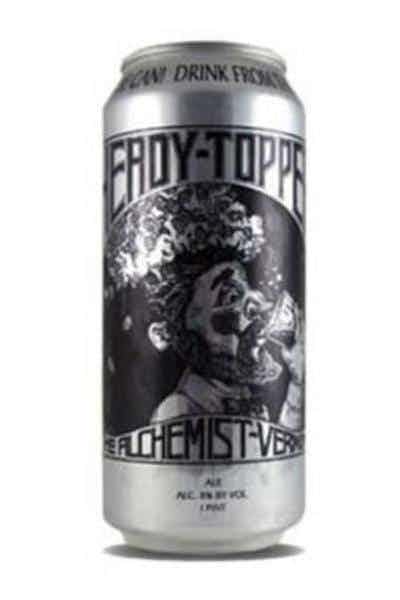 An American Double IPA. Drink from the can.

View all products by The AlchemistCalifornia Residents: Click here for Proposition 65 WARNING

The Alchemist Heady Topper is a double-IPA from Vermont. A family-run brewery, The Alchemist began brewing the beer in 2003 to showcase the complexity of the flavors derived from its hop varieties. The Alchemist IPA contains a proprietary blend of six different hops and has an International Bitterness Units (IBU) value over 120, but it doesn't have an excessive, overpowering bitterness. You'll smell or taste hints of spices, pine, grapefruit, orange and tropical fruits. Even though you'll notice a slight note of malt, hops are still the protagonists.

The Alchemist specializes in delicious, unfiltered IPA beers just like Heady Topper, its flagship product. Find this and other favorite beers on Drizly. Look for us in your city and browse liquor stores on Drizly near you.