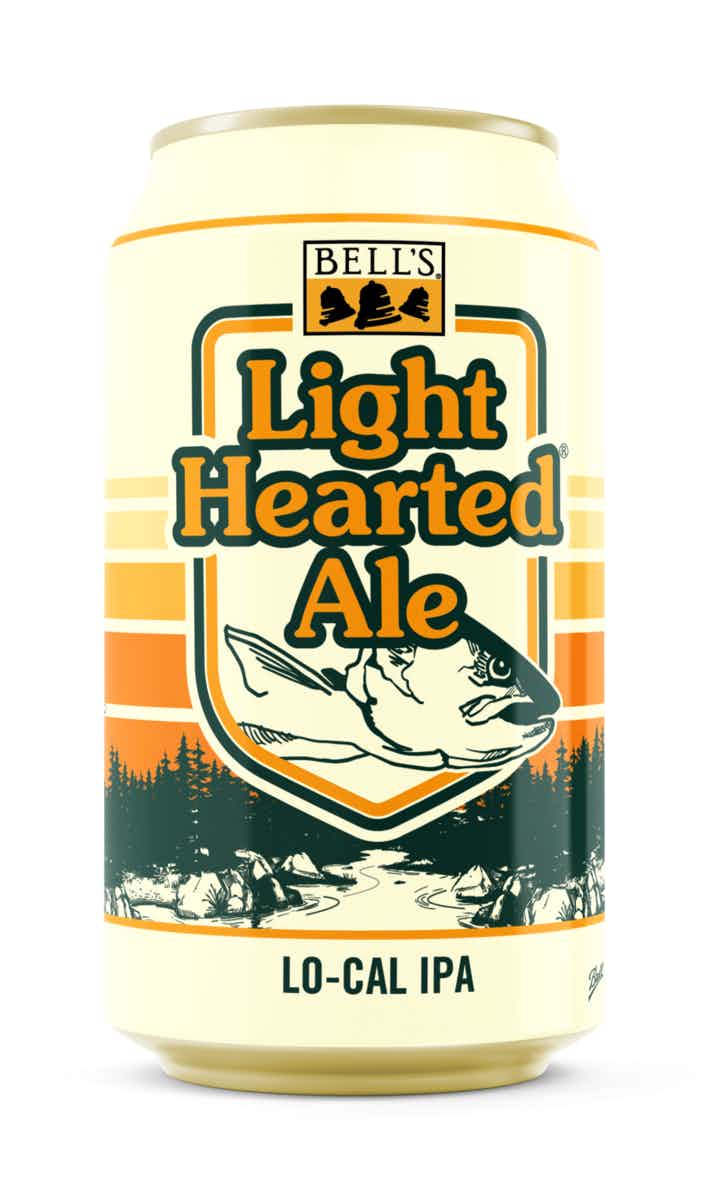 Light Hearted is aromatic, balanced, and incredibly easy-drinking. This Lo-Cal IPA has only 110 calories, yet all the Heart. Centennial and Galaxy hops result in citrus and pine aromas, while a variety of specialty malts help give Light Hearted its body and flavor.

A low ABV and easy drinkability characterize most session beers, traits that allow you to indulge in several pints without overdoing it. IPAs, on the other hand, are generally 6-8% ABV and pack a punch of hoppy flavor, limiting a drinker to just one or two pours. Brewers are now crafting the session IPA — a genius combination of the two popular varieties that deliver the bright hop flavors of your preferred IPAs with the mild ABV of a session beer. Detroit-based Founders Brewing Company helped pilot the successful trend, releasing a refreshing yet flavorful pale ale — the Founders All Day IPA, to the masses in 2011.
Session-style beers are low in alcohol content and pretty non-threatening in flavor: not too malty, not too bitter, not too sweet. Session beers are designed for easy drinking, meaning you can indulge in several frosty cans while working outside or perhaps lounging on the beach. For some, the mild flavors are too underwhelming and you may find yourself attracted to the session IPA instead, which specifically delivers the extra-hops and refreshing bitterness of a standard IPA without the cranked up ABV; session IPAs tend to be refreshing and still complex in flavor, featuring juicy citrus and pine without heavy malt or notes of alcohol.
While a traditional IPA will generally range between 6-8% ABV (with double and triple varieties topping 10%), the session IPA is specifically designed to deliver tasty hops flavor without the boozy blow; most session IPAs reach no more than 5% ABV, more similar to a pale ale than a true IPA. The term “session” harkens back to the early 20th century when manufacturing workers were permitted to drink low ABV brews during designated breaks — called sessions — while on the job. Most brewers today stay true to the days of yore, maintaining that a session-style beer, no matter the variety, should remain between 3-5% ABV.
Session IPAs are not naturally gluten-free products; most beers in the ale category contain substantially more gluten molecules than lagers. However, brewers are always pushing the boundaries of their craft, and there are some very tasty, gluten-reduced session IPAs available (while not widely distributed); successful GF brews tend to employ blends of low-gluten grains in the recipe, like quinoa, millet and rice. Session IPAs are best-recognized for their distinct hops flavor; hops, citrus and other standard IPA flavors are inherently gluten-free ingredients, so it’s easier to create a low-gluten option that still delivers on the overall taste and drinkability of a session IPA.
A session IPA is designed for lower alcohol content, but it’s still an IPA, and thus, undeniably an ale and not a lager; India Pale Ales are a subcategory of the pale ale, a top-fermented style of beer that employs lighter malt grains and extra hops for that appealing bitter flavor. Ales are distinctly different from lagers in their yeast strains and fermentation process, though ales are undeniably easier to make, as they don’t require as much cooling time or equipment. Ale yeasts are better suited for more alcoholic environments, so most ales, especially IPA varieties, result in a higher ABV.
While IPAs, in general, contain a high ABV and heavy calorie count, session IPAs can deliver on the bright hops and citrus flavors without the indulgence of a richer beer. A 12-ounce serving of Founders Brewing Company’s All Day IPA contains about 140 calories and 11 grams of carbohydrates; a similar pour of Lagunitas Day Time IPA is closer to 100 calories and just 3 grams of carbohydrates. A session IPA has nearly half the calories and carbs of a classic IPA, so you are allowed to indulge in several pints without compromising on the refreshing, hoppy taste you crave.
Enter a delivery address