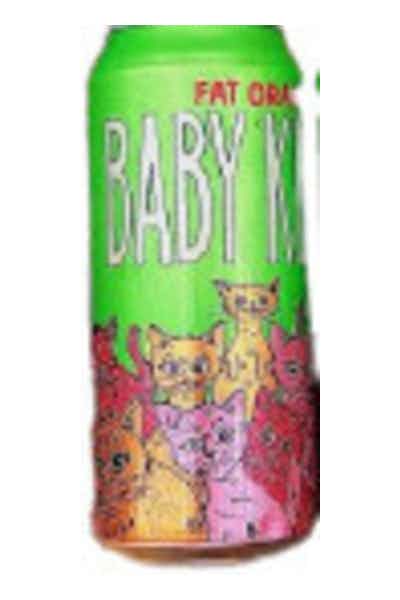 A lovely hazy pale yellow brew with a tiny hint of sweetness on the nose. Up front we find a relaxed medley of fresh citrus, mangos, and pineapple. It finishes with a hint of pine and invigorating grapefruit with just enough bitterness to cleanse your palette and invite you back for another sip.

The New England IPA (also called the hazy or juicy IPA) is the oft-referred to darling of the craft beer movement; Americans had enjoyed the more traditional, piney, well-hopped version for decades, but it wasn’t until 2003 when a small Vermont brewery, aptly named the Alchemist, released Heady Topper to the world. New England IPAs are distinct in their silky, indulgent mouthfeel, cloudy appearance and pleasing aroma, not to mention the ingredient lists that often feature bright, citrus fruits. These opaque, golden beauties are featured in nearly every taproom around the country and further buoyed IPAs into the top spot in the craft beer market (IPAs make up a third of the industry’s annual sales).
The New England IPA has many of the same qualities as the traditional American IPA; the former is unfiltered, slightly less bitter, extra juicy and has a drinkability that beer aficionados describe as plush, creamy and silky. The hazy IPAs tend to integrate fresh citrus and other tart flavors in the recipe, with many featuring notes like orange, grapefruit, papaya, mango, passionfruit, tangerine, guava and pineapple — in the cold winters of New England, it’s no wonder these tropically inspired beers became so popular. The true “juicy” quality in the hazy IPAs is from the style’s dry-hopping method; brewers add the plump hops later in the process, which diminishes their bitter nature and instead heightens their fruitier qualities.
Most IPAs, whether the traditional style or the beloved New England variety, contain an alcohol content between 6-8%; the Alchemist’s Heady Topper (considered by many to be the pioneer of the hazy IPA scene) clocked in an 8% ABV, but many of the more easily accessible varieties, like Sierra Nevada’s Hazy Little Thing (at 6.7% ABV) aren’t quite as high. Imperial versions of the hazy IPA are equally popular on the market though, and many of those (like the Imperial IPA in New Belgium Brewing’s Voodoo Ranger series) easily top 9-10% ABV. These high-alcohol contents are well hidden, as the actual IPA smells and looks more like orange juice than booze.
The bright and tropical fruit flavors you experience in New England IPAs pair well with equally fresh ingredients; you don’t, however, want your IPA to overwhelm the dish, so avoid some of those extra intense imperial styles. Select a standard 6-8% ABV hazy IPA and consider menu items like fish tacos with pineapple salsa, Indian curries with sweet mango and green peas or maybe pad thai with a sweet peanut sauce and a squeeze of lime. Anything that features a punch of citrus and a little extra heat will pair well with the fruit flavors and soothing texture of a New England IPA.
The ideal serving vessel for a New England-style or hazy IPA is the standard tulip-shaped snifter or Spiegelau glass; you want your IPA glass to have a big bulbous bottom, a feature that optimizes your space to swirl the beer around and release the unique tropical fruit aromas. New England IPAs often present with a nice, foamy head, which improves the overall drinking experience of the beer — your drinking vessel should capture these bubbles with a slightly tapered rim. Don’t serve these brews too cold, a mistake that will mellow the beer’s flavor (the ideal temperature is about 45 degrees Fahrenheit).
One of the most notable accolades of the IPA family (especially in its hazier, New England-style cousins) is the higher ABV, which is practically unnoticeable behind the bold hops flavors and appealing aromas. Hazy IPAs are particularly misleading; while many of them resemble a glass of orange juice and taste equally refreshing, most contain somewhere between 6-8% ABV and as such, well over 200 calories and 20 grams of carbohydrates. The Hazy Little Thing from Sierra Nevada Brewing Company, one of the more widely available hazy IPAs, is 214 calories and 20 grams of carbohydrates for one, 12-ounce can; some of the 8% IPAs can quickly surpass 240 calories.
Enter a delivery address