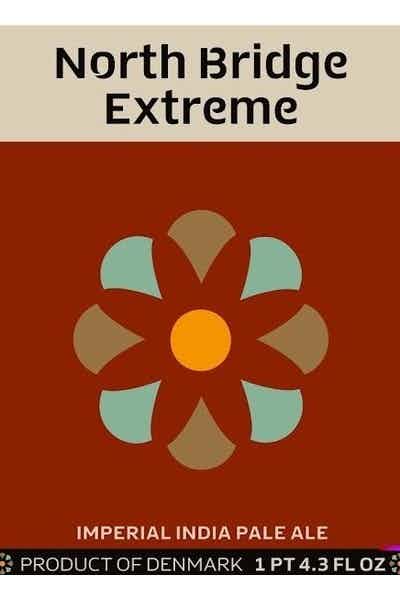 North Bridge Extreme, was a present from the brewers to Brewmaster Anders on the first anniversary of Nørrebro Bryghus. Inspired by the Southwest Californian triple IPA’s, it is brewed with British ale malts, adjusted with several colour malts and spiced with extreme amounts of hops. A dark golden extremely bitter ale (9,5 % ABV) with a prominent hop aroma. Should be enjoyed as the final beer of the evening – Your taste buds will no longer function after drinking this ale!