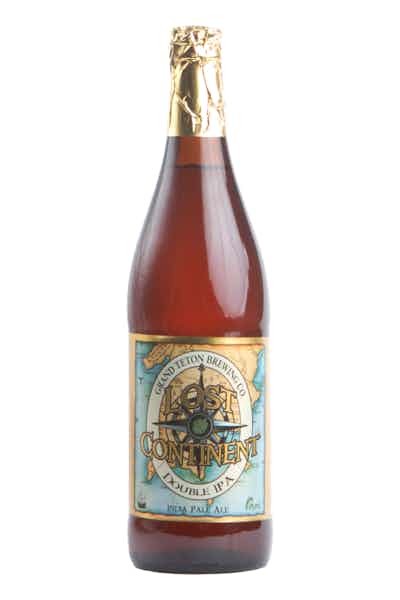 Lost Continent first originated when we brewed XX Sweetgrass in celebration of our 20th anniversary as a part of our Cellar Reserve Series. The style was so popular fans demanded we brew the style every year. In response, we created Lost Continent. Each batch is brewed with well over three pounds of hops per barrel in the kettle and another half-pound per barrel of “dry hops” during conditioning. A revised fermentation program has produced a more traditional Double IPA flavor profile--drier, less malty, more hoppy. We use only American Pacific Northwest hops. Bravo, Centennial and Columbus hops are added early in the boil for smooth, balanced bitterness. We add Columbus, Bravo and Simcoe later in the boil for flavor, and Columbus, Centennial and Simcoe in the whirlpool for aroma. For even more aroma, we dry-hop with Chinook and Bravo hops in the conditioning tank. The result is fruity, floral and complex, with notes of tangerine zest and fresh-squeezed grapefruit juice. Idaho 2-Row Pale Malted Barley and German Melanoidin and Vienna malts give this ale its lovely pale copper hue, with flavors of orange marmalade and dried apricots, supported by a strong backbone of hoppy bitterness. lost continentThe hops provide citrusy, resinous spiciness, making this beer a great match for any bold, flavorful food. Try it with prime rib, Indian food, Cajun blackened pork or chicken, Thai or Vietnamese cuisine. For a rare treat, serve Lost Continent with roast wild duck and orange sauce. India Pale Ales were originally brewed to quench the thirst of the British who occupied India in the 1700s. Lighter, sweeter ales of the day would spoil and sour long before reaching their destination. The stronger, heavily hopped IPAs could survive the long, arduous voyage through tropical waters and twice across the equator. To the delight of hopheads everywhere, the style has survived through the centuries and has become the beer of choice for adventurers with the curiosity to discover what lies over the horizon.