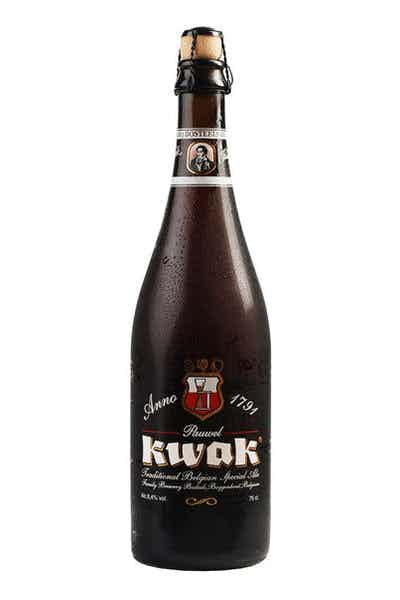 In the 18th century there was a very well-known brewer in the Dendermonde area. His name was Pauwel Kwak. He brewed his own beer, which was dark and heavy and also had a coaching inn on the road between Mechelen and Gent, where the mail coaches used to stop for a break. In those days, the Napoleonic Code ruled that coach drivers were forbidden to drink beer with their passengers and so they were not allowed to leave the coach to quench their thirst. Pauwel Kwak invented an efficient solution to this problem by offering the famous Kwak beer in a special glass that could be fixed to the carriage, so the drivers could also enjoy one. This story inspired a brewer from nearby Buggenhout and since the 1980s the Pauwel Kwak is brewed by Brouwerij Bosteels, which also produces the popular Tripel Karmeliet and the DeuS Brut des Flandres.