Tropical cocktails to sweeten up your summer

Tropical drinks can be just the ticket in the summer, whether you're on a boat, at the beach, or chilling on your stoop. Check out our recipe ideas and get hot tips on cool summer drinks. 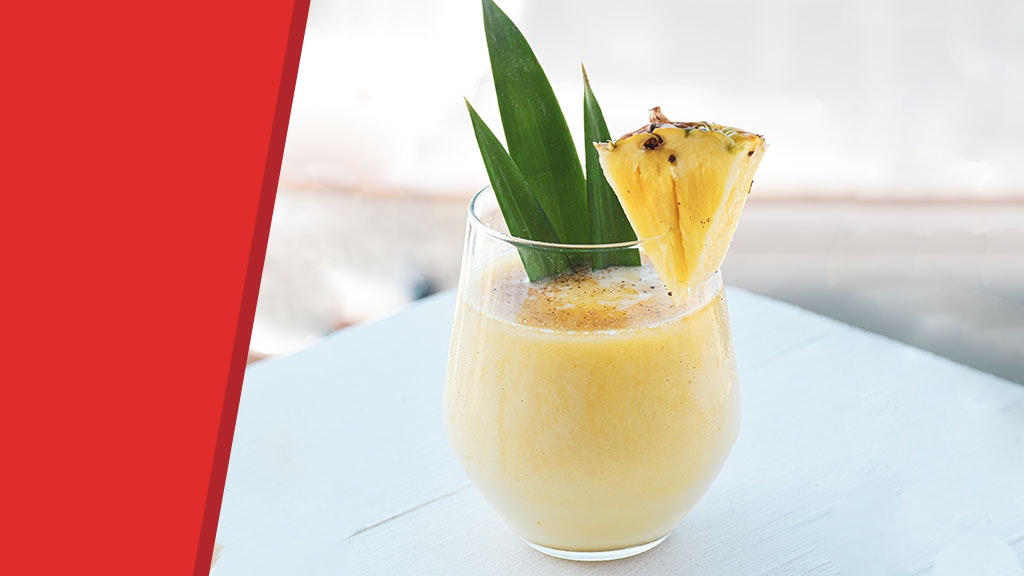 Tiki cocktails. Boat drinks. Beach drinks. Whatever you call them, sometimes you just need to infuse your summertime with rum, fruit juice and sunshine. So let's slow down, pull up a hammock, and let's gather the ingredients for the best summer ever, garnished with a little bit of sunshine and your favorite yacht rock playlist.

What is a tropical drink?

You can often recognize a tropical cocktail by the little paper umbrella sticking up out of the top, often adorned by pineapple chunks and maraschino cherries. If we're getting more technical, think of drinks with tropical fruit flavors like pineapple, coconut, mango and citrus - or even something as simple as a splash of grenadine (the real stuff made with pomegranate). Rum is often in the mix, sometimes more than one kind, but you can find delicious drinks with whiskey, brandy and vodka too. Some, like the Pina Colada, are often blended and served frozen, while tiki-influenced drinks like a Mai Tai or Scorpion Bowl are known to pack a boozy wallop without tasting too strong.
Speaking of tiki, that particular subset of tropical drinks also tends to integrate a little spice or other non-traditional flavors into their drinks, with the warm clove, lime and ginger flavors of Velvet Falernum and the orange & almond kiss of orgeat syrup.

TLDR: pretty much anything because they're delicious. But if you're wanting to get scientific about it, here are a couple favorites: