A guide on popular spirits to make your cocktail game go from amateur to connoisseur. BYO bar cart. 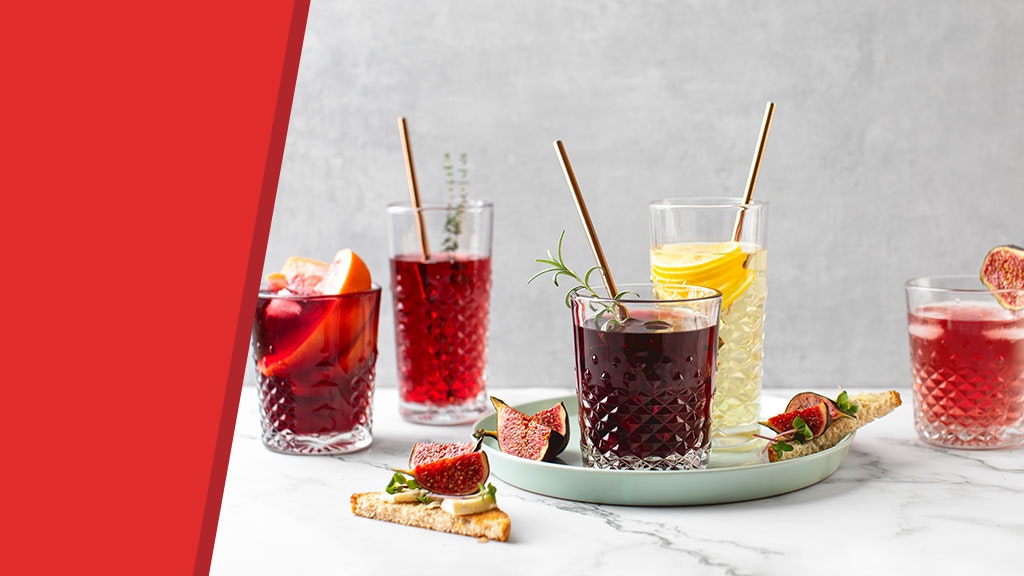 While we don’t want to take anything away from poltergeists and cheer squads,  - in this context, when we say spirits we mean alcohol. We are an alcohol delivery company after all.
So - in the spirit (well-placed pun not intended) of alcohol education, let’s talk about what an alcoholic spirit actually is. All alcohol is made from fermenting sugar, in some form or another, and brewing it into ethanol. Ya know, sciency things. What gets fermented can then be distilled, which means separating out water and creating higher alcohol concentrations (think: ABV, or the long version, alcohol by volume). BOOM, you have a spirit.

This is confusing. But for the purposes of selling and consuming alcohol, “spirits” and “liquor” are the same. What is different though that you need to remember is liquor and liqueur are not the same. Liqueur (sometimes also called a cordial here in the US) is not a fancy way to say liquor. It’s a spirit that contains additives, like sugars, other liquids or herbs, which lower the ABV.

Vodka is what’s known as a neutral spirit - a clear, unaged liquor that is usually around 40% ABV. It has no distinctive color, aroma or flavor, and is usually made from grains like rice or wheat, but there are also options made from potatoes and other fruits and vegetables. Notable vodka brands are Smirnoff, Absolut, Grey Goose and Tito’s.
Vodka tends to get a bad rap because it’s one of the first liquors we try. Whether that be as an ingredient in some juice, via an ice luge, or as a shot of some vodka that was bright blue and flavored with “razzmatazz-berry,” it’s safe to say there’s some big reservations about vodka.Things like that tend to leave an impression. But vodka can be darn right tasty if done the right way.
If you’re looking to drink vodka straight, chilled vodka shots are traditional in parts of Europe, especially when paired with savory foods.  Otherwise, serve chilled over ice. If you’re looking for a few vodka cocktails  to shake up, we suggest starting with our Moscow Mule, Cosmopolitan or Bloody Mary recipes.
Shop vodka

Gin is a neutral spirit infused with juniper to make it kind of taste like a drinkable Christmas tree. With humble beginnings in either Holland or Belgium (jury is out on which), this is an age old drink with a bunch of history. We could get into it, but that’s an article for another time. Needless to say, it’s long, full of drama and contains words like “mother’s ruin.”
Gin is made in three different ways. In the compound method, you take a neutral spirit (vodka,) some juniper berries and  the botanicals of your choice. Put all of that into a jar, leave it alone for two weeks to let them steep, like tea. Then, strain out the solid stuff and BOOM. Gin. Pot distilling makes a more full bodied Gin. During this type of production, neutral grain spirit is made in a specialty type of pot still.The liquor is then distilled again with juniper berries and other botanicals. Lastly, column distilling is the distillation of gin you’ve probably tried or heard of. This creates a smooth, crisp gin, and can be created in larger batches. In this type of distilling, the botanicals are suspended above the liquid. Since the botanicals are suspended above the liquid, the vapors are technically what is infused. Once it’s distilled and infused, the gin is diluted. It’s then bottled at about 80 - 100 proof (40-80% ABV).
Gin comes in 8 styles:
Shop gin

Tequila, the liquor you love or hate, is a distilled beverage from the blue agave plant and hails from Jalisco, Mexico. You may know a few brands of tequila, with first names like José or Don, but what you may not know is how many types of tequila there are.
There are 5 main types of tequila:
We would also be remiss if we didn’t mention Mezcal, which can sometimes be confused with tequila. They’re similar, but Mezcal typically has a smokier flavor due to the way the agave is worked with before distillation.
Fans of tequila have their ways they prefer to imbibe, but like other spirits it breaks down to a shot, on the rocks or in a cocktail (margaritas anyone?). Whatever you choose, we suggest exploring the different types of tequila to taste the differences and experience all the flavors this liquor has to offer.
Shop tequila

Whiskey (and its relatives)

Whiskey is a distilled spirit from a mash of fermented grains. At this point, you’re probably wondering “what the heck is a mash of fermented grains?” It’s a mix of grains like corn, wheat, rye or malted barley. The proportions of each of those grains will change the taste of the whiskey. This mash ferments so the sugars turn to alcohol, gets distilled and is then typically aged in oak barrels. We say typically because unaged, or “white” whiskey does exist - think moonshine.
There’s a LOT of whiskeys - some with the ‘e’ and some without:
Shop whiskey

Rum is technically any spirit that contains some form of sugarcane. So there’s a lot of range in this alcohol. That said, there’s basically two main types of rum: Rhum industriel and Rhum agricole. Rhum industriel - or industrial rum - is made with sugarcane byproducts. It’s usually a little fruity. Rhum agricole - or agricultural rum - is made with sugarcane juice, and usually tastes earthier than industrial.
Both of these styles vary in color and ABV. Each island in the Caribbean produces a unique form of rum, so you may find you like one better than the other. Industrial rums usually start with a base of molasses, yeast and water. It’s then fermented and distilled. During distillation, the liquid is placed in either a column or pot still and distillers collect the vapor from the still and recondense to make the spirit. It’s then aged, blended and ready to serve.
While there’s two main types of rum, there’s several styles:
Shop rum
And there you have it! A bit of liquor knowledge from us to help you make the right decisions as you pursue ordering and making the best dang cocktails out there. Happy sipping!