The discernible guide to dessert wines 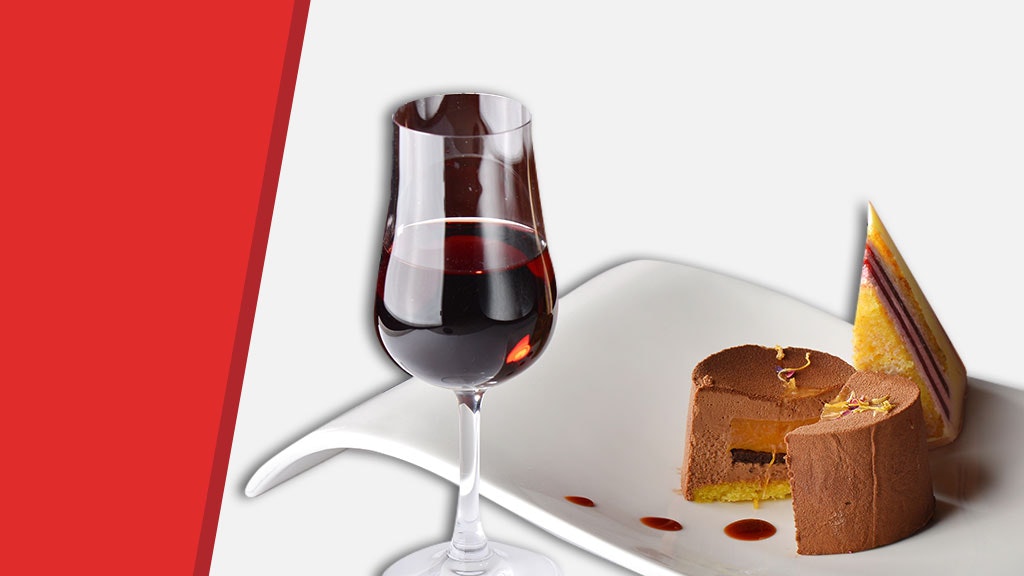 Whoever said you can't have your cake and drink it too (please go with it) has obviously never experienced the magic and majesty of dessert wine. After a long, magically glutinous meal, there's no better way to end the night than with something sweet. Whether you're pairing it with an actual dessert or sippin’ it on its own, a glass of dessert wine is THE best way to round out a food-filled evening. Bring a dessert wine with you to your holiday dinner; we promise your fellow dinner patrons will thank you.

So, what’s the deal with this stuff anyway? Believe it or not, there are multiple (read: five) ways in which dessert wines get their lip-smacking sugar content. Curious how? Read on.

For the non-dessert wine fluent peeps of the world, fortification is the process of adding grape spirit (brandy) to a wine during or post fermentation, depending on the style of wine looking to be produced. If grape spirit is added post fermentation, the wine will finish dry (think dry sherry), and if added during fermentation, the wine will be sweet. When grape spirit is added to wine during fermentation, the high alcohol content within the fortifying spirit kills the yeast, leaving a bunch of residual sugar leftover. So, not only does this crazy thing called grape spirit makes the wine sweet, but boosts the final ABV as well.
Fortified wines will have an alcohol percentage between 15% and 22%. This higher alcohol percentage also acts as a natural preservative for the wine, so it’ll last a lot longer than your average bottle of red or white. If you’re lookin’ for a little history lesson, back in the day, fortified wines were huge amongst European explorers, because they had a taste for something sweet, and the wines were able to endure long, hot voyages across the ocean. So, while we assume you're not making an extensive voyage across the Atlantic anytime soon, rest assured that your bottle of fortified wine will last much longer (multiple weeks vs. days) in your fridge than your freshly cracked bottle of white.
Out of all dessert wines in the world, which ones are made in this fancily fortified style? The the bell of the fortified wine ball is the beloved port, from the Douro Valley in Portugal. Portuguese madeira and Sicilian marsala are also made in this style, as well as sherry (both dry and sweet) and Cyprus' famed Commandaria. Oh, and that good old bottle of vermouth you've got sitting on your at-home bar? That's technically a fortified wine, too.

What is late harvest?

No surprises here. The process of late harvesting grapes is exactly what you'd imagine it to be; leave the grapes on the vine for longer than the rest, let them get super ripe and packed with sugar, then harvest them last. Harvesting of these super special grapes can be anywhere from one to two months after the first harvest is complete.
Technically, any grapes can be late harvested, but certain varieties are more common than others. In the Loire Valley, late harvesting chenin blanc is huge, producing the wines of coteaux du layon, quarts de chaume and bonnezeaux. In Germany, riesling is the go-to late harvest wine, labeled as spatlese, as well as in Alsace, where they also late harvest gewurztraminer and pinot gris.

What is noble rot?

Drinking wine made from grapes affected by noble rot doesn't exactly sound like the most appealing thing in the world, sure. But we promise it's worth it. Some of the world's most expensive (and delicious) dessert wines are made from this noble fungus. With noble rot, late harvest grapes left on the vine in foggy, humid conditions develop a grey fungus, Botrytis Cinerea, that grows on the outside of the clusters.
Botrytis, AKA, the noble rot, dehydrates the grapes of their water content and concentrates their sugars, leaving super sweet juice behind. Noble rot is responsible for producing some of the most sought after dessert wines in the world, including Bordeaux's famed sauternes, Hungary's highly sought after tokaji and Germany's rare, wallet draining trockenbeerenauslese wines.

What is ice wine?

Ice wine, otherwise known as eiswein, is unique, hard to make and will most likely cost you a few bills. Ice wine can only be produced when a vineyard's temperature drops below freezing, causing the water within the grapes to freeze. Grapes must then be harvested and pressed while the water within them is still frozen, generally in the middle of the night when temperatures are the coolest. Because of their need for such drastic temperatures, ice wines are usually only produced in Canada, Germany and a few other cooler climate countries. The wines are generally made from riesling grapes, though red ice wines produced from cabernet franc also exist. Due to their rarity and extreme difficulty to make, true ice wines demand some pretty hefty prices – though if you have the chance to try one, it's definitely worth it.

Otherwise known as the appassimento or passerillage technique, passito style wines are made by leaving grapes out to dry to concentrate their sugars. Basically, it’s a fancy way to say “It’s wine from a raisin.” Grapes are first left to dry out on the vine, then laid out to further dehydrate on straw mats (or hung from ceilings in warm rooms indoors.) Popular passito style wines include recioto della valpolicella, vin de paille (popular in Jura, France), vin santo and passito di pantelleria.
Pairing dessert wines with various cakes, tartlets and other sweets is one of the greatest gifts the world of wine has bestowed on us. So if you ever find yourself too full for dessert yet still craving something sweet, pour yourself a small serving of one of the dessert wines listed above.

What are some popular dessert wines?

Harvested from white grapes in Bordeaux, this highly sought after dessert wine is made from mostly sémillon grapes with sauvignon blanc and muscadelle added in. These "liquid gold" sauternes are late-harvest productions affected by noble rot.

The white wine grape known as pedro ximénez is typically the base of this famous fortified wine of southern Spain. After it's been bottled, sherry generally doesn't benefit from aging so it's ready to consume immediately.

Adding carbonation to a dessert wine makes it taste less sweet than it actually is. A few typical sparkling wines in this style are moscato d'Asti, demi-sec riesling, and demi-sec chenin blanc.

This Portuguese fortified wine is produced in the Douro Valley and is typically a sweet red wine that boasts delicious flavors like caramel, apricot, walnut, and plum. There are two types of port: - the tawny port which is aged in wooden casks and released ready to drink, and the ruby port, typically aged in bottles and requiring years of cellaring.

Where to buy dessert wines

If you are looking to add a unique end to your evening with a dessert wine, click these handy links to search for Drizly in your city or look for liquor stores near you.
And there ya have it. Share photos of your holiday meal and dessert wine pairing with us on twitter @drizly and instagram @drizlyinc with #GoodTimesDelivered.