What is triple sec

An orange-flavored liqueur made popular by the French in the 19th century, triple sec appears in a surprising number of beloved cocktail recipes. 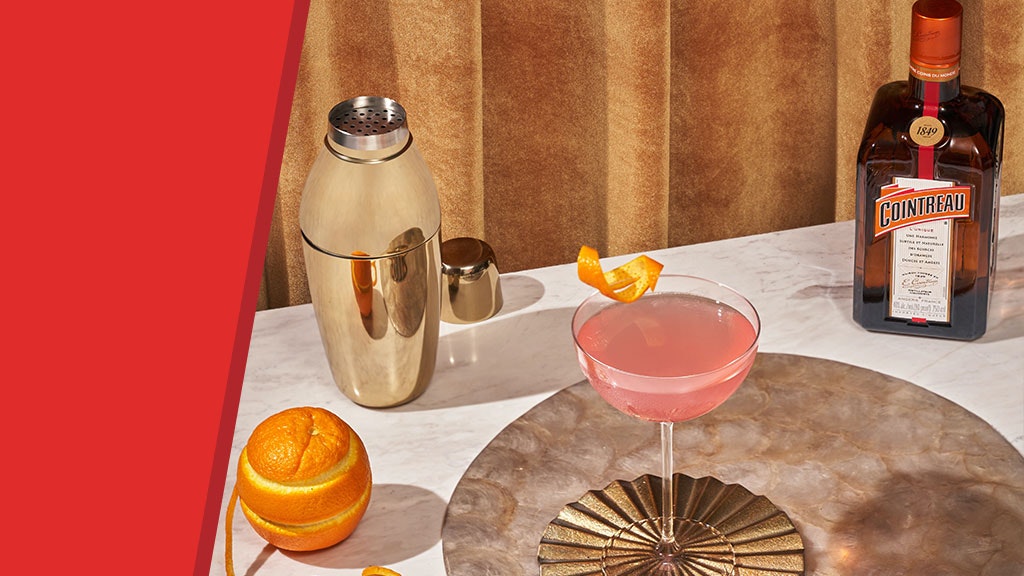 If you’re trying to recreate your favorite vacation cocktail at home, whether a salty margarita or a tart mai tai, you may be surprised to find triple sec — or another similar orange liqueur — on the recipe list.
Prepping for a nostalgic re-watch of Sex and the City? There’s triple sec in that cosmopolitan recipe too. So what exactly is triple sec? Are there good substitutions in your liquor cabinet? What are some unique recipes to try for your next summer shindig? Let’s try to tackle these questions in this triple sec deep dive.

While there are many triple sec varieties, the original liqueur for which it is named dates back to the early 19th century. The term “triple sec” is more a description of the process rather than the actual product; thus, the name has been used synonymously with several inexpensive orange-flavored products on the market today.
However, there is a historically agreed-upon origin story. Jean-Baptiste Combier and his wife, Josephine, are credited with its invention, steeping Caribbean orange peels, sugar from French beets and alcohol. The mixture is then distilled three times in copper vessels and voilà: Combier Liqueur d’Orange, the original triple sec.

While we’ve all grown up with brands like Tropicana and Sunny-D, back in the 1800s, tropical flavors like orange were considered especially exotic. As such, the Combier family saw immediate success.
As triple sec grew in popularity, competitors took notice. The Cointreau family, known for their candy making, branched out into the liqueur business. After some experimenting, Edouard-Jean Cointreau created a version of a triple sec with higher alcohol content and a slightly different flavor from the original; today, Cointreau is the best-known triple sec around the world.

What is similar to triple sec?

While the style is unique to triple sec varieties, other orange-flavored liqueurs offer easy substitutes. Dutch settlers discovered a wild species of bitter orange, or lahara fruit, on the Caribbean island of Curaçao. Mixing the rinds with sugar-based alcohol (i.e., rum or brandy) produces a clear, sweet liqueur.
While the term curaçao can be used to describe the family of products made with these ingredients, blue Curaçao describes a specific brand used for colorful, island-inspired cocktails. The mystery behind the striking blue coloring? Food dye. There are other popular orange liqueurs on the market, including Grand Marnier (a French mélange of cognac and triple sec) and DeKuyper (the Dutch version). All of them can substitute for the zesty orange flavor in so many drink recipes.

A little goes a long way

Popular triple sec cocktails typically don’t require more than one fluid ounce of orange liqueur, so you’ll want to store it away from sunlight, such as a pantry or a liquor cabinet. There’s no need to refrigerate it, though you’ll want to ensure you seal the bottle tightly to prevent oxidation, which can alter the taste.
You may consider storing triple sec in the refrigerator though, if only because it’s best served on the chillier side. Some triple sec bottles post an expiration date — this does not mean your liqueur is unsafe to drink. It just means it'll begin losing its peak orange flavor if stored too long.

You’ll discover that once you start experimenting, you may use triple sec more often than you’d think. Many well-known cocktails include orange liqueur: Long Island iced teas, lemon drop martinis and so many more. If you’re feeling ritzy and European, try making a sidecar:

Switch out the Cognac for gin and add club soda to make a Gin Daisy, served cold in a tall Collins glass.

A low price that packs a punch

Triple sec is relatively inexpensive, yet it delivers on robust citrus flavor. You can find triple secs and similar orange liqueurs for under $15 for a standard 750 mL bottle, though you may not get as high quality of an orange flavor. Popular brands in this range include Bols, DeKuyper and Vita Divine.
Mid-range options closer to $25 like the Italian triple sec from Luxardo offer a richer, less syrupy orange flavor. The sticker prices for Combier or Cointreau will typically land around $40 but are a better option if you’d like to try triple sec as a sweet nightcap — served neat.

Too often, sweet imitations and youthful hangovers cloud our judgment when it comes to flavored liqueurs. Don’t be fooled. Triple sec adds depth and elevates your favorite cocktails with a little extra je ne sais quoi.