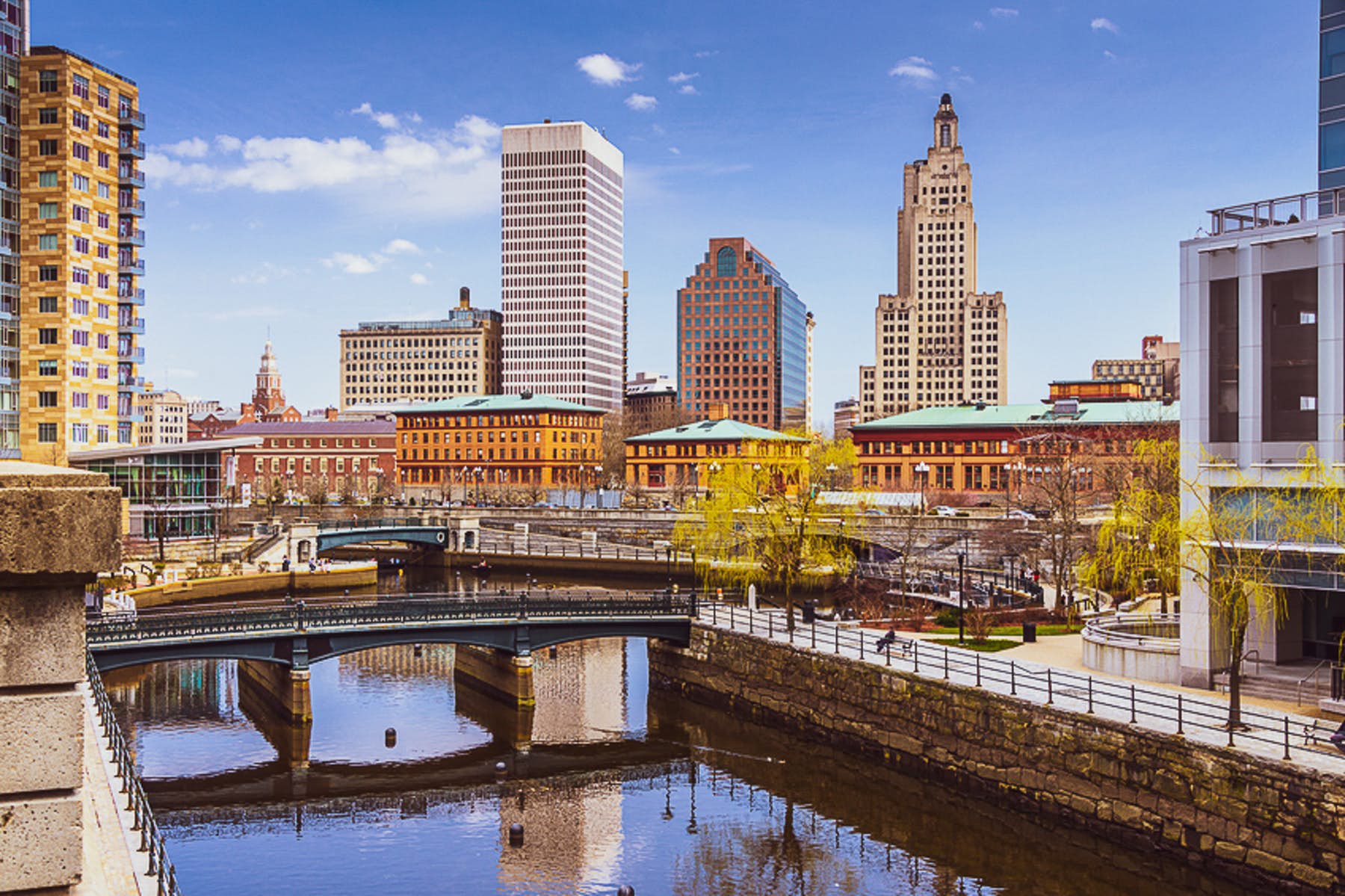 Being the second-largest city in the first-smallest state, you might expect Cranston, Rhode Island, to have a bit of a... Napoleon complex. Nothing could be further from the truth. This delightful chunk of the Providence Metropolitan Area is one of the safest places to live in the country and ranks among the best places to live. What’s not to love about it? There are winding neighborhood streets and spacious single-family home lots. There are Meshanticut and John L. Curran Parks, as well as plenty of greenery waiting in other parks and lining the streets. Despite having its own Pawtuxet River flowing along its southern border, the city even sneaks cheekily east to enjoy waterfront views of the Providence River. It’s a land-lover and maritime enthusiast's dream come true. At Drizly, we like to pay it forward with another spritz of New England charm: We’ll deliver the alcohol of your choosing to your front door within an hour of you placing your order. Simply peruse our massive online inventory.

Not in Cranston, RI?