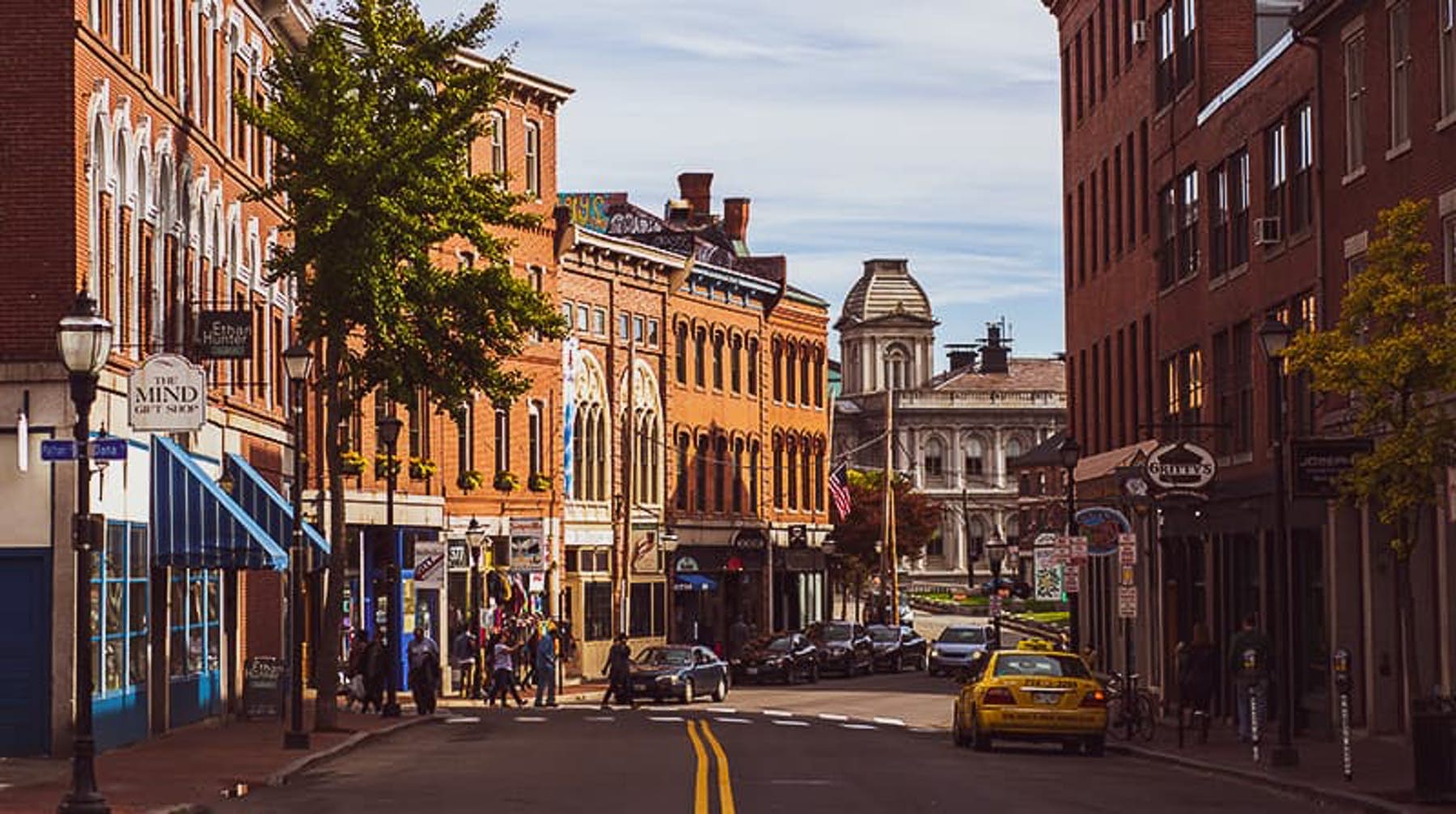 Alcohol delivery in Portland, ME

There’s more than one Portland worth visiting in the U.S. While Oregon’s ultra-hipster haven has its donuts and food trucks,... the East Coast’s version of Portland has lobster rolls and steaming bowls of mussels. Portland, Maine, is a special town tucked away on the state’s southern Atlantic coast. While the Pine Tree State is best known for ski slopes, LL Beans stores and frigid winters, Portland is packed with local music venues, vegan restaurants and art galleries. In fact, a quarter of Maine’s population lives in and around Portland. Even with so much to see, do and eat in Portland, you’ll still want something warm at home throughout the winter months. That’s where Drizly comes in. You can order spirits and mixers for those colder nights. Does anything sound better than a mug of spiked cider? In the summer, local breweries like Allagash and other craft taprooms are packed with eager visitors catching a buzz in the nautical town. Drizly can deliver beer, wine and liquor throughout Portland, no matter the season.

Stores in Portland, ME

FAQs about alcohol delivery in Portland, ME

Not in Portland, ME?