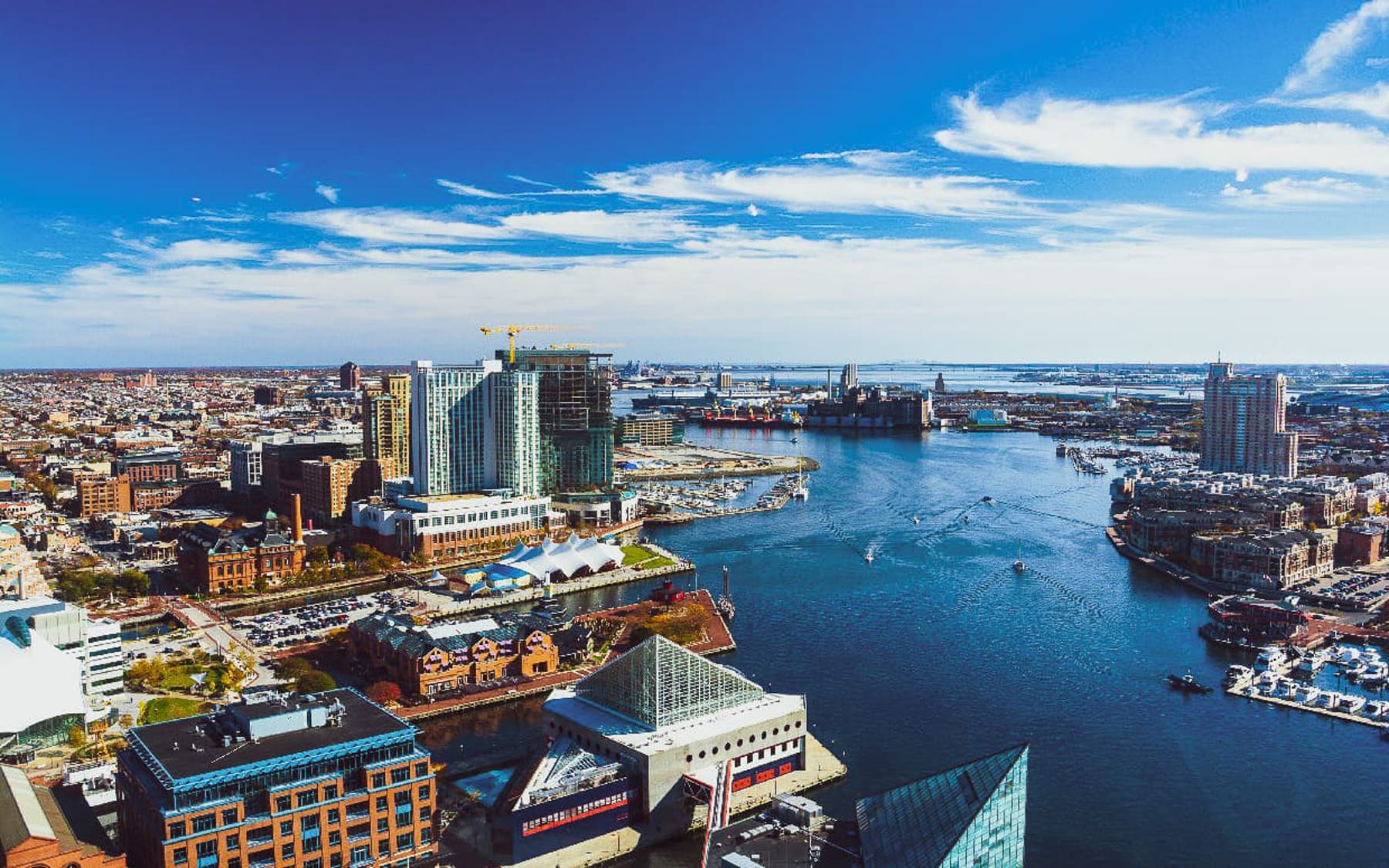 Baltimore is a quirky city known for Old Bay seasoning and the best crab on the Eastern seaboard. Lexington Market,... the oldest market in the country, features local vendors selling everything from shellfish to frog legs. The culture is an eccentric mix of south meets north; while the state is below the Mason-Dixon Line, the town maintains a rough maritime character. One of the most well-known poets, Edgar Allen Poe, lived and died in Baltimore and his legacy continues today through museums, walking tours and even local Baltimore taverns (you can grab a pint at the Annabel Lee). Poe enjoyed his final drink at The Horse You Came In On Saloon, still operating today. Even the Super Bowl-winning NFL team, the Baltimore Ravens, is named in honor of the macabre artist. Raise a glass to this American icon at one of Baltimore’s craft brewpubs or up-and-coming distilleries. Once one of the state’s largest exports, Maryland rye whiskey is making an exciting resurgence in the city as well. Drizly’s speedy alcohol delivery service is available throughout the Baltimore area, so you can try all the new, local beers and spirits.

Not in Baltimore, MD?