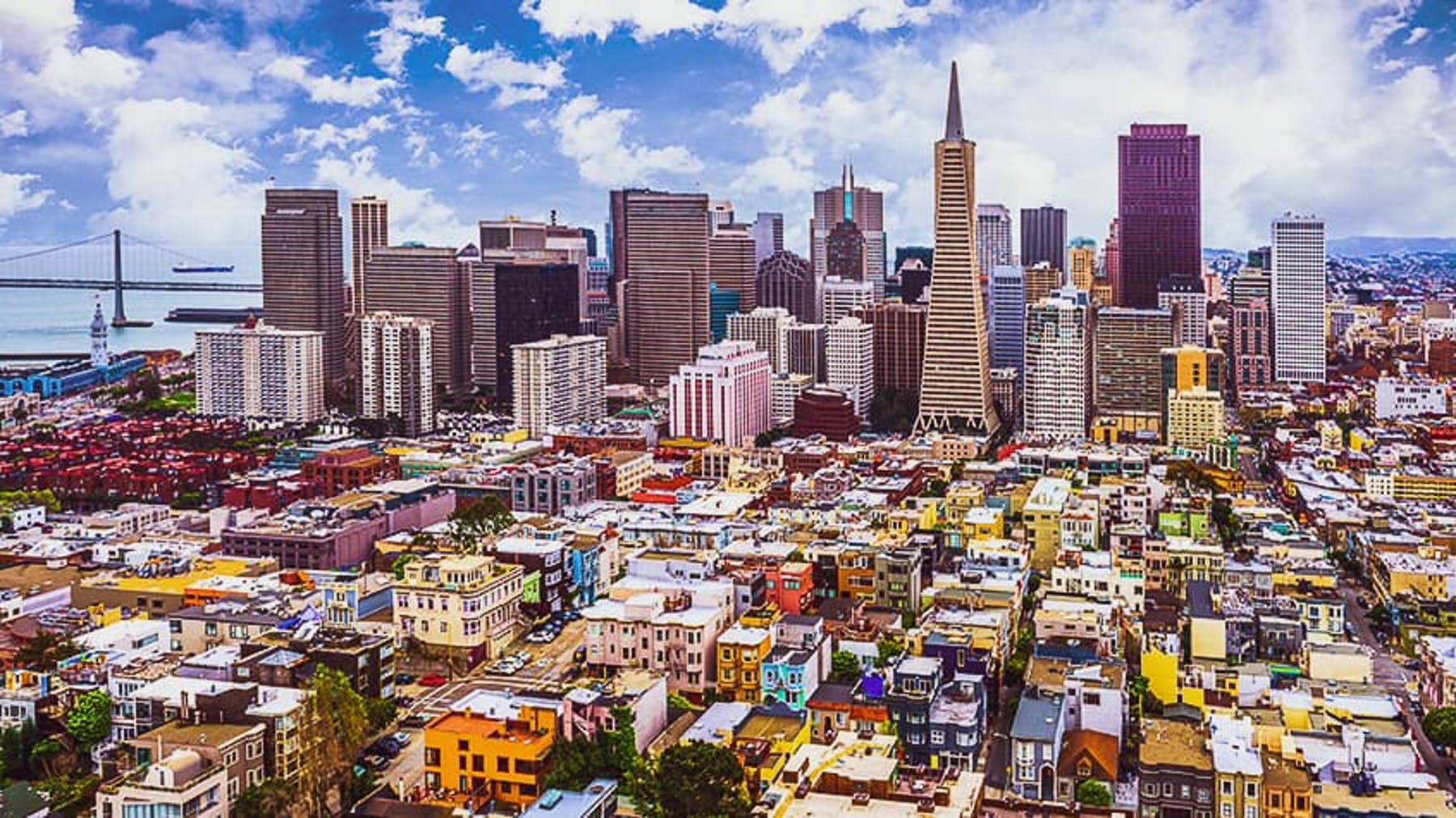 Nearly two-thirds up the long California coastline lies that unlikeliest of American metropolises, San Francisco. Built on the tiny spit... of land framing the southern edge of the Golden Gate, San Francisco is relentlessly cool. It’s the center of nearly every tech innovation of merit in the past few decades. It’s arguably the most scenic city on the continent. And while the Central Valley bakes in desert heat mere miles to the east, San Francisco stays cool thanks to its famous chilly fog. Every day, intense sunlight vaporizes the water of the Pacific, which gets funneled through the Golden Gate and bathes the city in mist, making its temperatures hover around 50°F for much of the year (summer included, especially in the mornings and evenings). Out of this fog rise shrubby green peaks, cartoonishly steep hills covered in brightly painted Victorian houses, soaring skyscrapers and all the hustle and bustle of a truly vibrant city. San Francisco is the type of city you can walk through forever and ever and never tire of its resplendent colors, architecture, sounds and smells. You’re only a short hop away from redwood forests, mountain biking, skiing and every other imaginable activity, too. It’s got it all. A city as truly unique as San Francisco deserves a truly unique take on the enjoyment of alcohol. Drizly does just that, bringing at-home alcohol delivery to every San Franciscan. Just head to our app or website to find the beers, wines and/or liquors of your dreams and hit order — they’ll arrive in 60 minutes or less.

Not in San Francisco, CA?