Here at Drizly, we're always on the hunt for the next big thing in booze. Through our research (and countless hours spent on the internet), we've come across some awesome boozy blogs. From educational content around wine, to the coolest original recipes, we figured it's about time we recognize the creative connoisseurs in our industry: Introducing the 2017 Drizly Blogger Awards!

We wanted to showcase blogs that embodied the best work in the alcohol space in 11 different categories. Our team of judges carefully evaluated each submission and have officially chosen a winner and finalist in each category. Thank you to all who applied this year! We can't wait to do this again.

You are the top booze blogger around. From cocktails to beer and everything in between, you know and love it all.

Natalie has been booze blogging for 4 years and has over 450 original recipes on her site with original photos specifically created for the home bartender. She has been sharing her knowledge from classic cocktails to wine and easy entertaining tips. She is obsessed with everything boozy. (She even started Beautiful Booze after she searched and couldn't find any resources/recipes for the home bartender!)

Beer, Wine, Spirits are your favorite topics. Between being everyone's go-to guru on which products are flying off the shelves, to knowing the right way to make an Old Fashioned, your advice on anything in the alcohol industry is better than anyone's, and people trust you for it.

You mix cocktails like it's your job (maybe it is?) and you know every drink recipe like the back of your hand. Long Island Iced Tea? No problem. Bloody Mary? Psh, you mix that to perfection in your sleep. You're creative, innovative, and nothing stops you from mixing a mean drink. Sound like you? Then you sound like our winner.

Natalie is a Beverage and Creative Consultant and has been working in the hospitality industry for 15 years. Her experience working in various classic cocktail forward establishments in NYC led her to where she is today, behind the bar at Dutch Kills in Long Island City, NYC, and running her own blog and consulting business - Arsenic-Lace. As you probably guessed, Drinking with Chickens founder, Kate likes to... drink with her chickens. She spends a lot of time in her cocktail garden, growing things that she mixes into drinks. Her blog is a vibrant site filled with tasty recipes and awesome imagery with a chicken starring in each post.

Hops are your one true love. You write about everything from Porters to Sours and you know exactly what to crack open when. You like long walks on the beach and a cold brew in your hand.

Hoppy Boston is run by Ryan Brawn a chemist, home-brewer, and beer enthusiast. The purpose of his blog is to provide information on the exciting and constantly changing craft beer market. The focus is on New England breweries and beers. Trevor Carmick is a video editor and motion graphics artist with a backgound working in both long and short form video for television and web. Trevor has worked on everything from feature length documentaries to national broadcast commercials. He started his blog, Beer Labels in Motion, after a co-worker saw his animations and convinced him to share them with the world.

Every night is wine night in your house. Your blog breaks down vino for the most basic sampler to the most experienced connoisseur, and everyone in between. 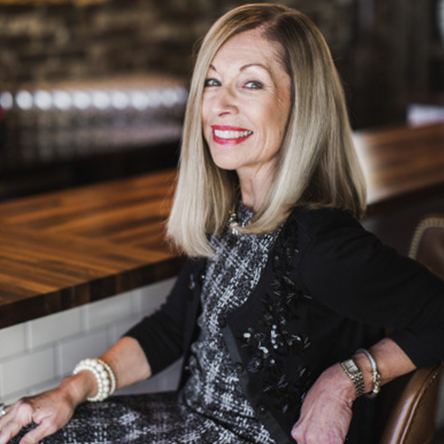 Grape Experiences provides countless interviews with winemakers, winery owners and others, wine reviews, articles about travel, food and wine pairings, and more. All are meant to be an insightful and hopefully, an entertaining way to help guide you towards your next wine experience. The Academic Wino is a blog dedicated to dissecting current research in enology and viticulture, and provides fascinating insights and thoughts on the current state of research related to wine. The articles reviewed will span nearly every aspect of academia: from enology and viticulture, to effects of wine consumption on personal health, to social and psychological effects, and beyond!

Any Bartender would happily hand select your drink out of the crowd. Think you have what it takes to impress them? Send us your best drink yet. 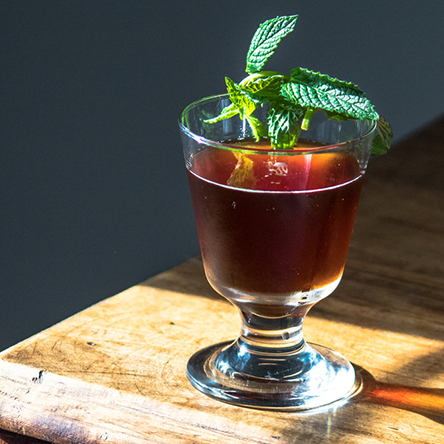 What's the point of making a good drink if you can't humble-brag about it on Instagram after? Photography can make or break the appeal of a cocktail, and yours is a slam dunk every time. 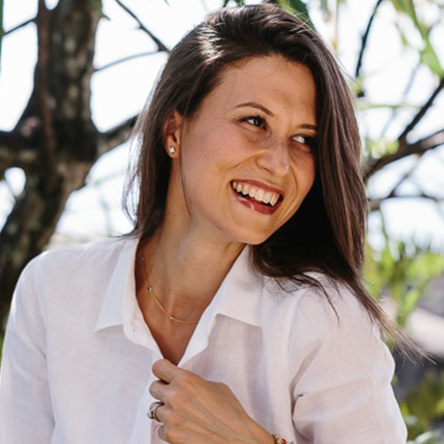 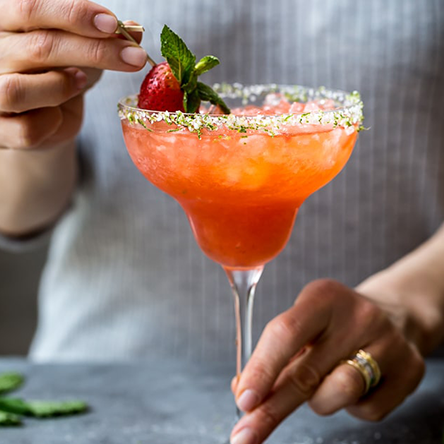 BEST REINVENTION OF A CLASSIC

Sure, a Gin & Tonic is a great cocktail - but we appreciate a little innovation here and there. If you've taken the initiative to make a classic drink your own, we want to see it. 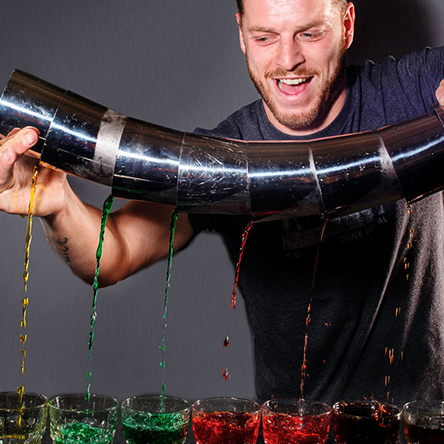 for her Winter Gin and Tonic 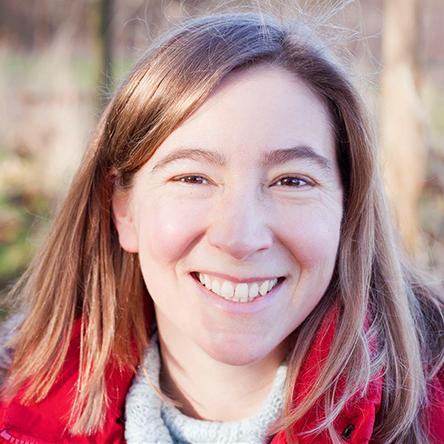 for their (Moscow) Maui Mule BEST USE OF BOOZE IN FOOD

Who said you can't have dessert and your post-dinner drink too? Your multi-talents in baking, cooking and boozing are a wonder - and you combine them into tasty recipes as often as you can. for her Salted Bourbon Chocolate Pie Sandwich on top of a Bloody Mary? Ice cream cone as a garnish? Yes. Please. We love anything and everything involving creative cocktails - let's see yours.

My Diary of Us

for her Boozy Green Elixer 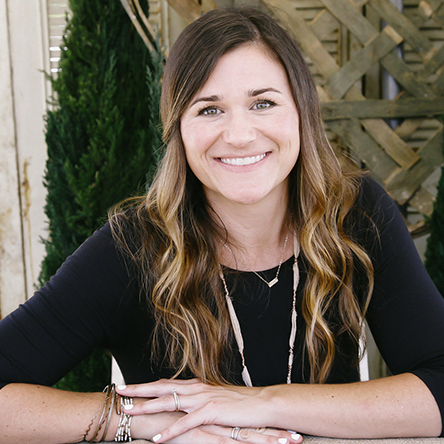 for their Galaxy Magic Mule You're a whiz when it comes to thinking up new drinks, and we want to see your best invention yet. The weirder the better - send us your favorite. 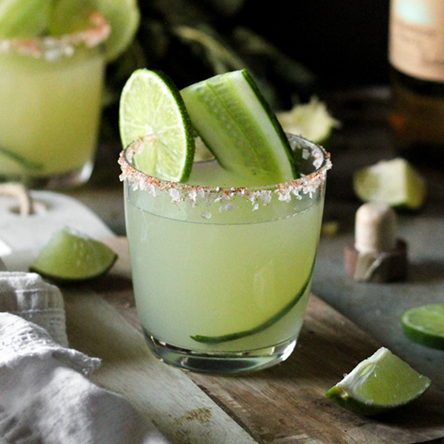 for her Prince That Was Promised Cocktail A BIG THANK YOU TO ALL OF OUR AWESOME Jesse co-founded Deacon Giles Distillery in 2014, after working for over a decade in the craft alcohol beverage industry. What started as a home brewing hobby has become his career. Jesse first entered the craft beer industry in 2007 after completing the Intensive Brewing Science and Engineering Diploma through the American Brewer's Guild. After several years in the brewing industry (including stints in NH, VA and finally at Harpoon Brewery in Boston) he decided it was time to start his own adventure pursing another passion, spirits. His focus with Deacon Giles has been on producing high quality, hand-crafted spirits that always have a story to tell. Deacon Giles' portfolio has grown to include a western style gin, a cane sugar based vodka, an absinthe, and four varieties of New England rum (a 100% molasses based white rum, which also serves as the base for a solera-aged amber rum, a spiced rum and a coffee infused rum).

When Jesse's not at the distillery you'll find him hunting down great cocktail bars and local beer. On the weekend, you'll also find him hiking or biking with his family and firing up his smoker or grill. Todd Maul
Co-Founder
Cafe Artscience, Boston MA
TODD MAUL:
Upstate New York native, Todd Maul has given the better part of the last two decades of his personal and professional life to Boston, Massachusetts, and nearly all of those to the restaurant business.
Before he dove fully into the deep end of bartending, Maul pursued another passion - furniture making. At Boston's prestigious North Bennett Street School, his specialties included custom veneering and curvature in high end, one-of-a-kind pieces. As his drinks career progressed, Maul began to recognize similarities between the craft of furniture making (i.e., the need to understand your tools and products before attempting composition) and the craft of the cocktail.
While bartending at Jody Adams' esteemed Rialto restaurant, Maul was an early advocate for the craft cocktail movement in Boston. Feeling strongly about the rise of cocktail culture in Boston, he set out to join forces with a likeminded restaurateur who would allow him to test the boundaries of bartending. Ken Oringer of the Back Bay's Clio restaurant was eager to see what the seasoned bartender could do.
When Maul joined Clio as bar manager in 2009, he was able to apply his background in furniture to his bartending approach, using non-traditional bar tools like power drills to carve into ice cube garnishes. His carpentry experience made these techniques seem less like showmanship and more like a craftsman using the best tool for the job. Maul spent five years piloting Clio's bar program and led the restaurant to multiple local awards during his tenure, including Boston Magazine's “Best Bartender" and “Best Cocktail Bar" by The Improper Bostonian. In 2013, Maul met David Edwards, and Opened Café Artscience. At Café ArtScience, Maul lead a bar  program based in experimentation with devices like a Centrifuge, Rotory Evaporator, with the simple of making a better drink In 2016, Café ArtScience was named a semifinalist in the James Beard Foundation Awards' Outstanding Bar Program category.

This quick and easy recipe is perfect for a Halloween get together with friends!  We added a Twizzlers garnish around the edge and a Twizzlers straw to give it a fun Halloween look that goes perfectly with the spooky purple color. Enjoy!

This frozen summer cocktail brings together two summer staples: fresh peaches and the grill. The result is a smoky, herbaceous riff on a frozen margarita, where the char on the peaches matches perfectly with the finish of smoky mezcal.